Are you fed up with online arguments or tired of worrying that everything is going to offend someone? Here are the 3 wokest reasons you should always be wrong. 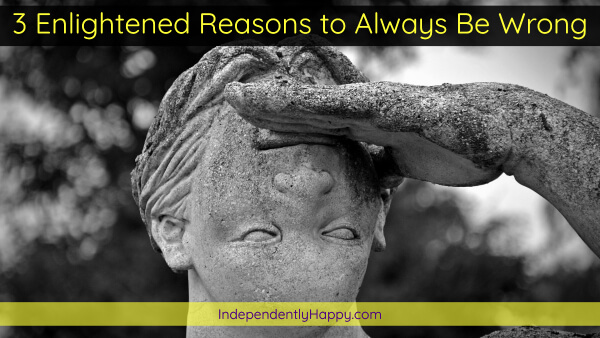 Yes, I just made wokest a word.

3 Reasons to Always Be Wrong

Plus a bonus at the end.

“I’d far rather be happy than right any day.”

There is No Upside to Winning an Argument

Have you ever won an argument and enjoyed it? Probably not. You probably ended the exchange with both of you thinking the other is helplessly hard-headed and clueless and won’t likely speak to each other for a few months.

We will build more happiness if we try always to be wrong. I have discovered another secret to happiness, not just your happiness, but everyone’s happiness:

There are three benefits to always being wrong. First, people like it better when you’re wrong than when they’re wrong. We can get good at listening. Like anyone wants to do that. We also might even learn something.

No One Will Ever Thank You for Proving Them Wrong

Nobody has ever been thankful to me for proving them wrong. Most people don’t want to hear data and logic and all that information learning stuff. Most people want to be right. They don’t take kindly to attempts to prove otherwise.

If we come up with a flawless, rock-solid line of reason, impervious to debate, we’re just going to make them mad for proving them wrong. Let them be wrong. Who cares?

We all care. We care because we want to be right.

I want to be right, even if it means nobody can stand to be around my know-it-all self.

Let them be wrong.

“No One Will Ever Thank You for Proving Them Wrong.”

There is a second benefit to always assuming your wrong. If we assume we’re wrong, we’ll listen to what the other person has to say. Instead of just getting mad at us for thinking they’re dumb and trying to prove them wrong, they’ll be happy that they got to talk and hear their head rattle, and somebody listened to them.

What’s better: learning to listen or winning an argument?

Sure, winning an argument feels good in the short term. In the very short term. Until we realize the other person is mad at us for-like-ever for calling them dumb. Or, since we’re so dumb, they don’t ever really listen to another thing we say.

No matter how right you are, you will never be right. It’s not even worth it.

Speaking of listening, give this Randy Rogers Band song “Better Off Wrong” a listen while you enjoy the rest of the post.

Would it be worse if they’re right or worse if you’re wrong?

If your being wrong is worse, then find out why they think they’re right, just in case you’re wrong. Then you’ll learn what is correct and be right. Disaster averted.

You might learn something. It may not be a fact or a figure, or anything else to store in our quiver of syllogisms for later debates, but you will learn something more substantial. We will learn another point of view: what our friends think.

Regardless of how dumb we think what they think is, it is crucial to know and appreciate what our friends think. I love sentences like that!

It’s better to know why your friends think what they think.

Yes, as crazy as it sounds, what I’m saying is this”

[special]The more you assume you are wrong, the more right you will get.[/special]

I’m talking [writing] about this weird thing called learning. I know it’s weird but just try it. Open your mind a little bit. I’ll try it too! I’m at least strongly considering it! I might even be trying it now. 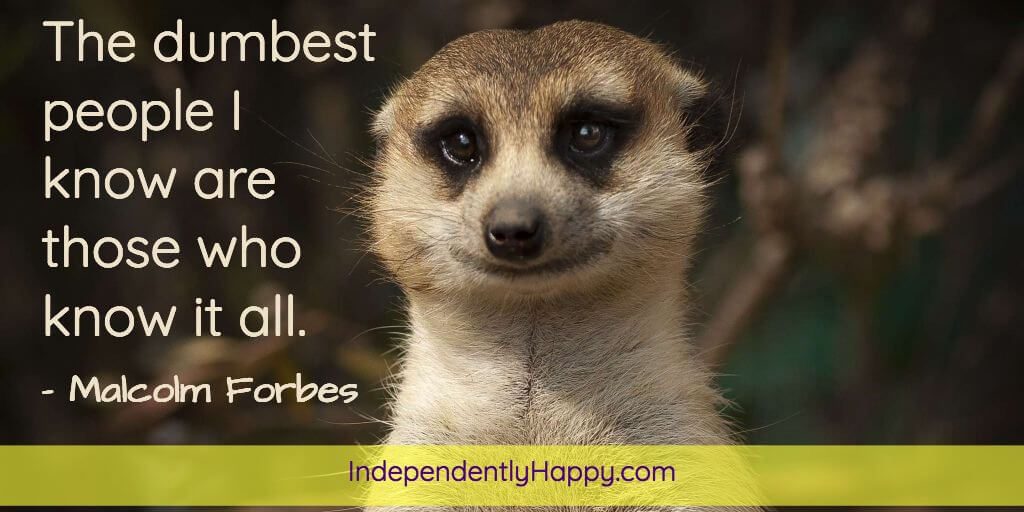 And a third—or is it fourth now—benefit is connection. We’ll enjoy friendly, pleasant conversations with our friend in which we let her say what she has to say. She’ll appreciate it. It will be more satisfying than an argument.

We’ll connect, and connection brings so much more happiness than rightness.

You know I’m right on this!

I dare you to try and prove me wrong. Just use the comments below.

PS: Apologies if this takes all the “fun” out of elections.

When was the last time winning an argument paid off?