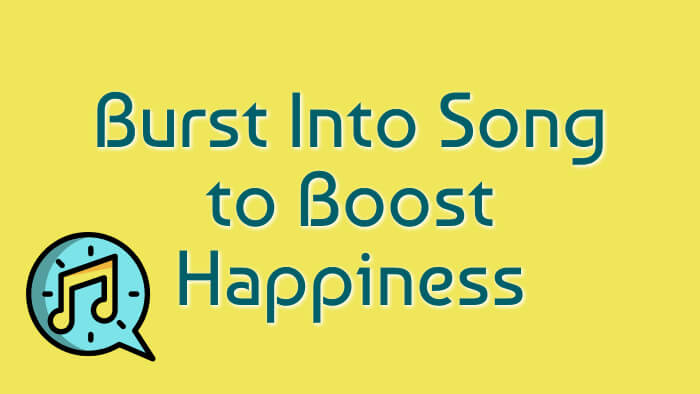 I often write about action, how just doing something–anything–can lift your spirits. [Action can also move you a little closer to your goals.]

You’ve probably heard someone recommend ten jumping jacks when you’re feeling down. The movement gets some air flowing into your lungs and a boost of oxygen to your brain. It gets your blood pumping.

Another mood-lifting hack is to burst into song!

Burst Into Song at Significant Moments!

“I’ve always thought people would find a lot more pleasure in their routines if they burst into song at significant moments.”

The first question I asked myself and that you might be asking me is, “Who is John Barrowman?”

I’m glad you asked! Barrowman is enjoying a prolific career in film, television, and stage. He’s most famous–at least to me anyway–for his role as Dark Archer on Arrow. He’s also often quoted for his witty wisdom.

Another hack is to burst into song. Yes, just like Buddy Elf in the middle of Gimbel’s. Just like John Travolta when he’s trying to decide how to fix up the trashed-out car the younger T-birds bought. Burst into song.

It’s a little like Primal therapy, but with a melody.

And with some uplifting or motivating lyrics.

I have not seen research that suggests that singing is a form of primal therapy. However, there is a small amount of data suggesting that primal therapy works.[1]

Watch the people on this train break into song!

It benefits your body.

An article on Healthline tells us that since you need to breathe a little deeper to support your belted melodies, you take in more oxygen for the brain.[2]

You don’t have to audition for a musical at your local theater or join the church choir. Just belt it out.

A howstuffworks.com article tells us that singing helps you release endorphins?[3] One study showed that singing reduced anxiety and depression in a nursing home.

Endorphins do not equal happiness. If you’re suffering chronic anxiety or depression, singing will seem a lot harder than I’m making it sound. 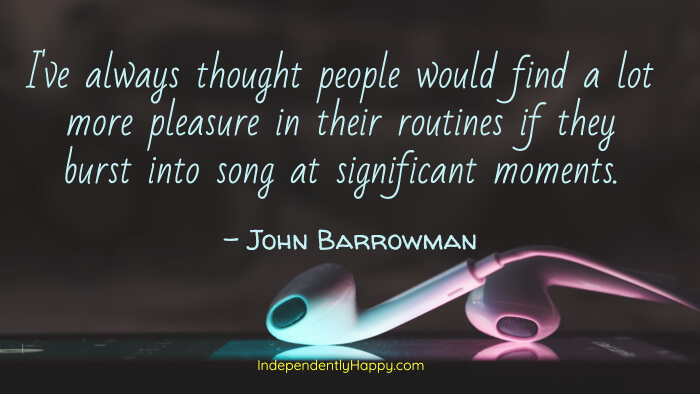 If you simply need to lift your mood, though, singing might be a way to get you going during those times when you’re feeling a little down. I reckon there would be bonus points–and extra happiness–if you sang at a nursing home and led sing-alongs.

A Psychologies article suggests that just listening to music lowers blood pressure.[4] Imagine the extra benefits of singing along loudly.

Loudly for All to Hear

At least everyone in your car. Or shower.

It’s possible to be so far down that such a simple trick won’t lift your spirits. As I’ve said many times, if you have more chronic depression, seek the advice of a professional.

For those usual times, though, when you’re low on energy or simply need an energy or mood boost, burst into song.

If you can’t think of any ideas for songs to sing, here are a few ideas for tunes to belt.

Wizard of Oz, “If I Were King of the Forest.”

My friend Gene used to sing this one a lot in high school. It was hilarious!

These aren’t the hippest, coolest, or most melodic suggestions, but short, simple, and silly enough to give yourself a boost. And maybe provide a laugh to those around you.

Click to get happiness quotes delivered to your inbox every Monday!

Question: What songs do you sing to boost your mood?

Join the conversation on your favorite social media platform: 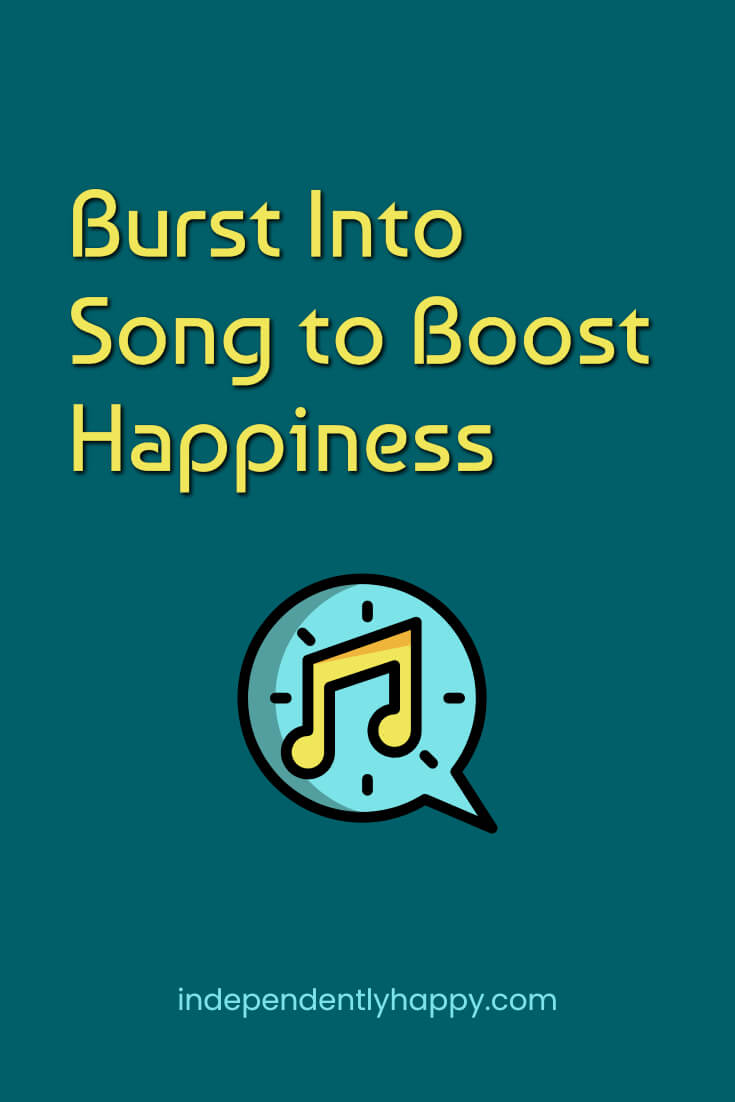