One of our greatest fears is rejection. We fear embarrassment. We fear what people will think. What if they don’t approve of me? What if they laugh at me? That fear is debilitating, so you must know how to conquer your fear of rejection. 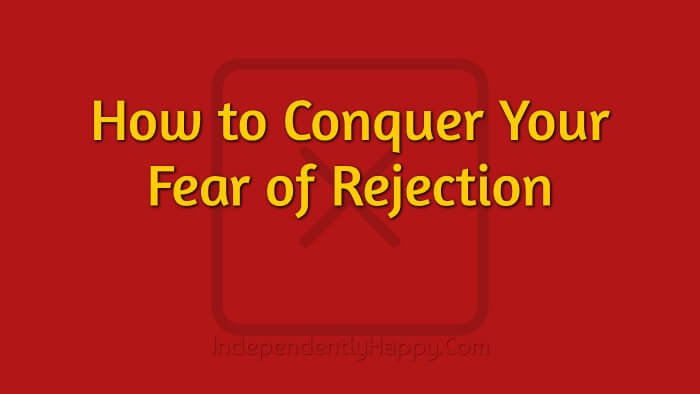 What if I look dumb or look like I support the wrong side?

When they find out we disagree, they might reject me.

They’ll think I’m different if I don’t do what they do.

Know These 3 Things to Conquer Your Rear of Rejection

We all fear the unknown and the different because of worries such as “they’ll avoid me” and “They’ll reject me.” If you want to conquer the fear of rejection, then embrace these three rules of ejection:

Want all my October blog posts as a PDF ebook? Download it!

You Can’t Please Everybody

And another third hates the other thirds simply for being thirds.

My math may be a little off. Those are just estimates.

No matter your opinion, about half the world will disagree with you. So pick a side.

“Burr, I’d rather be divisive than indecisive; drop the niceties!”
– Lin-Manuel Miranda

It’s okay to have an opinion with which others disagree. Original thoughts are healthy for the brain. Your true friends will love you and stick by you no matter what crazy beliefs you hold.

My friends stuck with me.

You Can’t Be Friends With Everyone

Speaking of friends, you can’t be friends with everyone. There are some people you won’t get along with.

Is there anyone you don’t like to be around?

Guess what. There are people in this world who don’t like to be around you.

I was talking to a guy at work about a lady at work.

He asked, “Is she one of those annoying people who is happy all the time?”

Some people don’t like me because I refuse to let them see me in a bad mood. I’m not perfect at it, but I try my hardest to not let anyone see that they really piss me off sometimes–frequently, as a matter of fact.

I don’t want to give them the satisfaction.

I get rejected. Often.

Even amongst my best friends, I’ve always done my own thing.

BTW, if you fear people will reject your work, check out my friend Frank’s article 7 Foolproof Ways Writers Can Stop Rejection From Stealing Their Dreams.

That has two meanings.

First, You Will Be Rejected.

See the points above.

Many will disagree with you, disapprove of you, and feel rubbed the wrong way by you. There will be some who dislike you for no particular reason.

I tutored accounting students for community service in college. A friend later told me that some guy asked about me. He said the guy told him that he didn’t know what it was about me, but he just didn’t like me.

I have no idea why. Nor do I have any idea why my friend found that so amusing.

There I was, teaching people accounting for free, helping them pass their college classes, and that guy didn’t like me and didn’t know why.

It is certain that you’ll be rejected sooner or later. Maybe sooner. Certainly more than once.

Don’t be scared. Download the free eBook version of my October posts about Fear!

The second meaning of “Rejection is Certainty” is that now you know. There is no more uncertainty.

One of our fears is uncertainty, not knowing.

There was something he couldn’t figure out about me.

It was uncertain. Uncertainty is disconcerting.

There was no hating or hurting.

I didn’t take it personally.

Rejection also removes the unknown. When rejected, you know the answer. You don’t have to wait, wonder and worry.

You get the NO right away and move on to the next story.

Rejection makes decisions for you. It reduces options and hesitations, which are mostly distractions and procrastination.

[Admittedly, some of those rhymes were accidental. I came back and added a few more.]

Rejection isn’t a failure. It’s affirming a path (an option) that doesn’t work. Rejection is a decision.

An unsubscriber to your mailing list is doing you a favor, weeding out someone who won’t be a raving fan. Who wants wishy-washy fans? That would make you Train or Collective Soul when you want to be Foo Fighters or Rush.

Get rejected early. Know sooner. Weed out the suspects and the wallflowers (another great band, by the way) and invest your time in your biggest supporters.

Do you struggle with the fear of rejection? Who do you fear will reject you? And would it really be so bad?

Here are 10 Reasons Why It’s Impossible To Please Everyone. 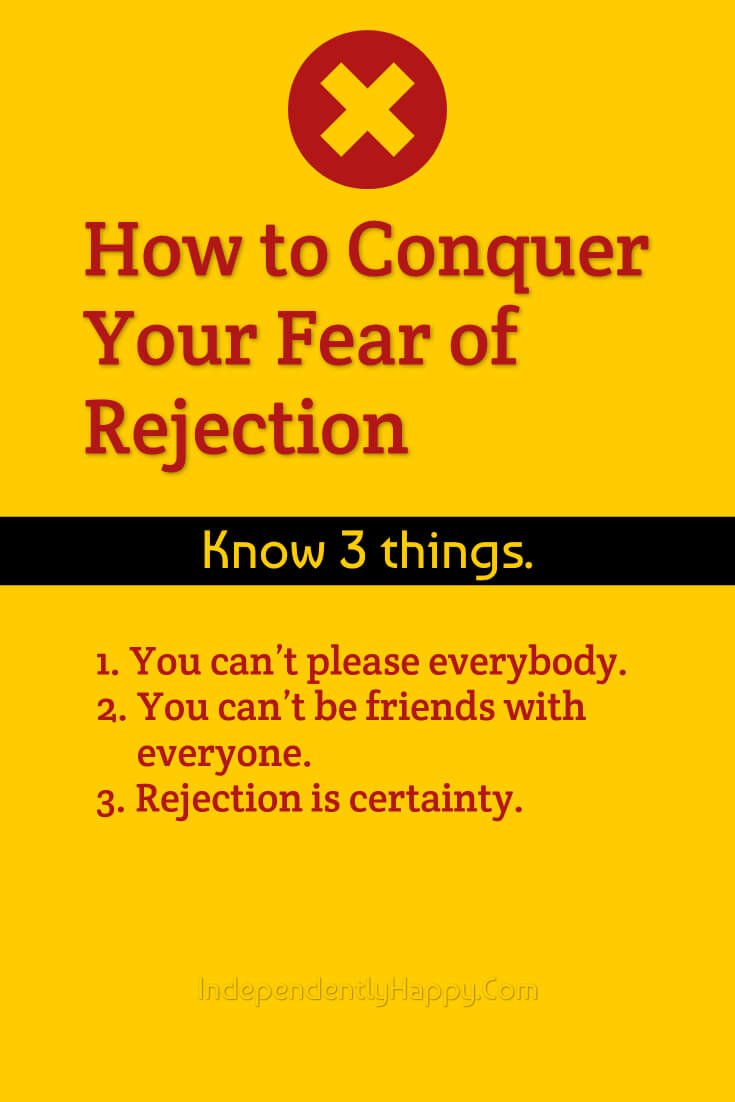