Many gurus suggest we should focus on being instead of doing. Does Being pay the bills or accomplish goals? This post covers how to balance Doing vs. Being. 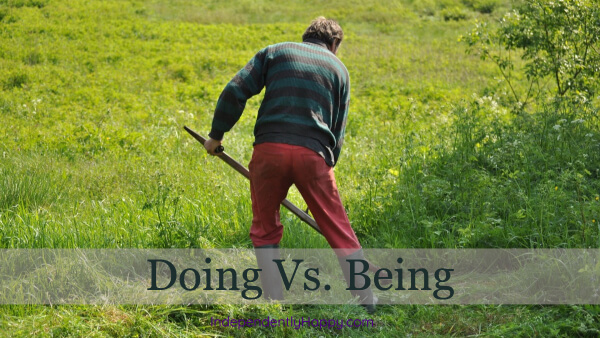 The gurus use this phrase frequently.:

Are We Truly Human Beings, Not Human Doings?

I sincerely appreciate the cleverness of that statement. That’s all it is, though, a clever statement. It is counterproductive in balancing doing vs. being.

Try spending the next few months merely being. Just breathe and meditate and exist.  Then see how much of your rent and electricity bills simply being pays.

On your deathbed, do you want to look back on your life and remember that you simply were? The studies show that in their final days, most people’s regrets are what they didn’t do.

Sure, you want to do the right things. Spend more time with loved ones than at work. Travel and see the world instead of staring at the television or phone.

But simply being isn’t just unfulfilling. It’s selfish. It’s worse than not contributing to your book of experiences. If you decide to simply be, you won’t contribute to anything. So let’s dispense with the rubbish that we’re not human doings.

While pondering “How to Do What You Don’t Want to Do,” I ended the post with doing what you don’t want to do so that you can do things you want to do. Or to become something you want to become. You have to balance doing something awesome or being something extraordinary.

You often have to do lots of mundane, boring things to become something noteworthy. Although both contribute significantly to Happiness, I’m giving the edge to Doing over Being.

When you do or become something remarkable and new, you invest a big chunk of change into your Happiness account. The double meaning intended. You can’t stop there, though.

Although it contributes to your overall long-term well-being, you can’t rest on the thrill of individual accomplishments. The satisfaction from the individual acts eventually diminishes. You will need to keep doing.

The Case for Doing

In the case of doing, you can just do something else. You can do something similar or related, or something completely different, but you need to have that next thing to do in mind, and don’t wait too long to get started on it.

A rolling stone gathers no moss. Moss is worse than it sounds!

If no reason to consider doing vs. being, think about avoiding getting mossy. Or rusty.

The Case for Being

In the case of being, you have to do the doing part.

Poor Awesome. So overused these days.

Being can create some more responsibilities for you. Although responsibilities can be inconvenient, meeting them does make deposits into your Happiness Account. It also might add a little to others’ accounts.

Note: No Doing, No Being

You have to do to be. You need both steps.

I just love saying, “both steps,” then having three steps.

There is No Doing Vs. Being, Only Doing AND Being

Extra Credit: Mix in lots of things to Do for Others!

Do for education and…

Now do in Peace.

Okay. Now do in peace.

What do you think is a good mix of Doing and Being? 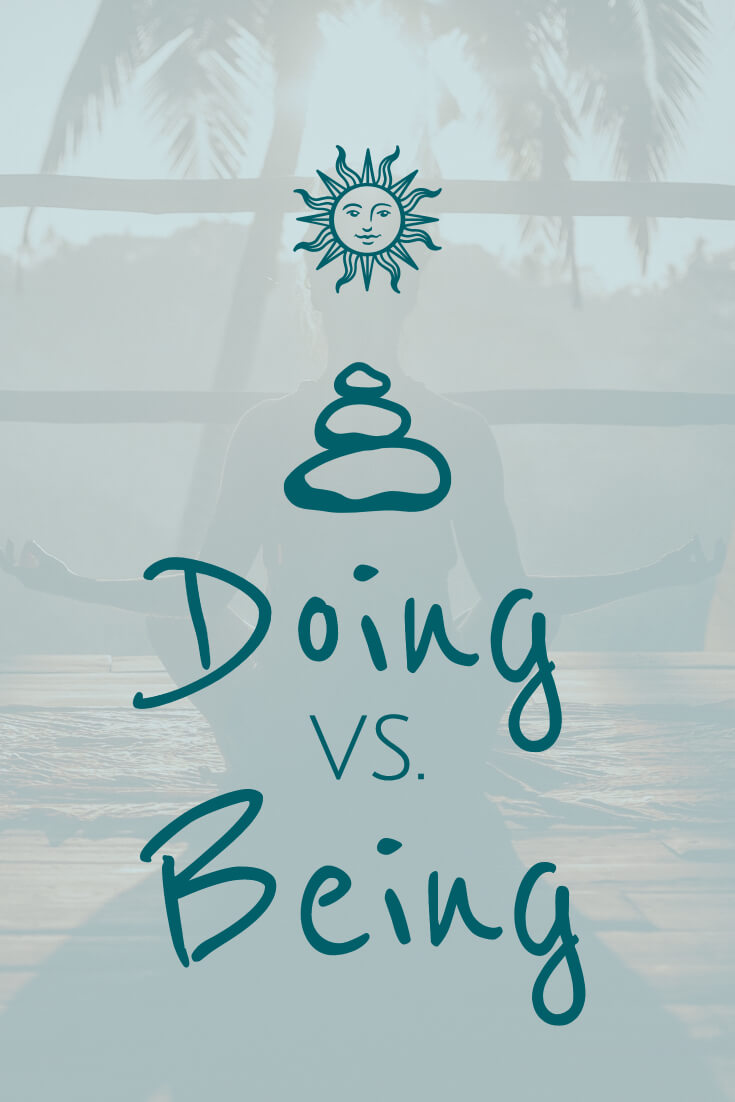