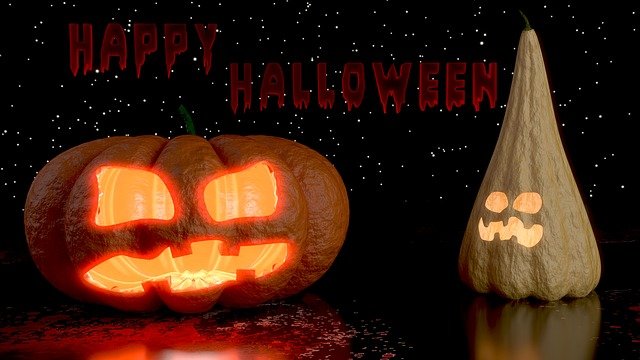 Happy Halloween! I love that Halloween is getting bigger. It’s as though retailers are trying to catch Halloween up to Christmas, with so many options now for lights, decorations and costumes.

Have you also noticed Halloween sneaking its way through September, getting closer and closer to August? We’ll soon enjoy a solid five months of lights, decorations and celebrations. I’d like to talk about one of our favorite aspects of Halloween though, scary things!

Get your Thrills on!

So many of us love being scared. We make and watch horror movies and novels. How many shows about haunting investigations are there now? We ride roller coasters, motorcycles and sports cars. We skydive and bungee jump, scale mountains, and pet spiders and snakes. Kids love to jump off high things. They love to spin around until they can’t stand up.

We do all these things, some life-threatening, in the name of fun…thrills.

In a world still inhabited by polar bears, cobra snakes and the Hollywood Rip Ride Rockit, one of our biggest fears is…

In the spirit of Halloween, I’d like to introduce some suspense. Before the big reveal of one of our biggest fears, here’s a song about scary stuff… I hope you find it diverting…

What Will People Think?

One of our biggest fears is What will people think?

The Fear of What Others Think

So we don’t speak in public. We don’t publish blogs, don’t wear clothes we’d love to wear or do fun things with our hair. We don’t comment on blog posts and share them.

You totally threw that one in there just to get them to do it, didn’t you?


What will everyone think if you start a business? Are you afraid they’ll think you’re not rich enough? Maybe you’re struggling financially?

Maybe they’ll think your idea is just silly. Like my friend Darren who is loving his life of bringing joy to the masses with his business!

Everyone thought Darren was out of his mind!

I know a different guy who has twice now, posted Facebook updates saying something along the lines of, “Who buys self-help books? I don’t know one sane person with a self-help book.”

Not telling him I have a few dozen such books was more out of my love of irony than fear. I’ll tell him at the right time. Like when he reads this.


It’s really hard to write out an evil laugh.

Maybe you’re afraid your boss will find out. Maybe he’ll fire you for working outside of work! Or maybe she’ll recognize the extra character and skills you’re developing by spending quality time working on building on something. That’s a lot of “ings.”

Think About What They Fear

The people whose thoughts about us we fear.

Guess what. They fear just as much as you. More. They have an extra fear that you haven’t thought of. Not only are they afraid of what others–maybe you–think about them, but they’re also afraid of getting left behind.

They’re afraid that your new venture will lift you out of the doldrums in which they wallow. Alliteration!

When they make fun of you, it’s not because you’re crazy or a dreamer. Not that there is a damned thing wrong with either one of those! What they fear is that you’ll succeed, and they’ll be the only ones left miserable.

It’s so true. It’s the reason others discourage you. They feel better knowing that everyone else is just as miserable as they are.

I just made that up. It may not be as true.

When they’re ready though, we’ll ask them…

What are you afraid of?

Then you can send them to this post. Or rehash it yourself. Or post your own blog post and say kinda the same thing. Just don’t copy me and paste, please. I’m having hard enough time with SEO.

That’s right, folks. I’m ending with an action item. We’re going to do something a little scary, perhaps even a little Funcomfortable.

Although Disqus is great, and I recommend using it… you can click “Start the discussion…,” then Name, and the “I’d rather post as a guest” checkbox appears. You can post without even registering.

Don’t worry, nobody will see it. Only you, my wife and like three other people who read my blog.

I know the first time is scary. Mine was.

It’s Halloween though, the day we like to scare ourselves.

So tell me what you’re afraid of.

Or tell me hello.

Thanks for reading! Now go in Peace.