We’ve talked about habits and results compounding one another in Virtuous Circles (and Maybe Vicious Ones) and how the compound effect of habits leads to increasing results over time. Are habits magic? It seems like we get help from somewhere. When concentrated, committed and consistent, habits get nature’s attention. 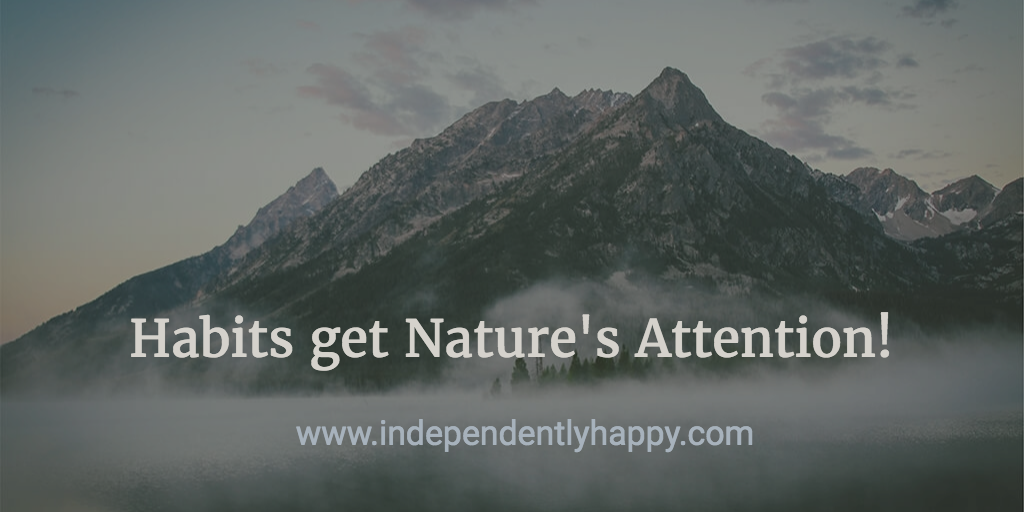 Nature vs. The Universe

I really want it to be Habits get the Universe’s attention, but something about “Universe’s” just seems awkward to say and write.  Then you get into the complicated question of whether or not the word universe should be capitalized.  I didn’t capitalize it there because I wanted to be inconsistent with the rest of the post. Consistency is important in the capitalization of the word universe, and I’m a rule breaker.

For capitalization rules, see here, but it also it all depends on the multiverse.

Try it.  Also Tweet it, with a link back to his blog.  We’ll see which gets the most clicks.

By the way, you are totally going off on a tangent, so I’m going to bring you back to the topic of habits.

There is something mysterious about habits.  (Hint:  it’s consistency)   Habits are like magic.  When an act becomes a habit, it gains immense power.

The Universe (or Nature) says to itself, “Universe…”

I think the Universe calls itself Universe. And speaks in red text.

“Universe, this person is serious!  Let’s give her a little push.  A little energy.”

Want to know the three habits that really get Nature’s attention!

When we’ve been eating well for a few months, the Universe notices and decides to give us a little push. Then we start to feel the energy and notice the changes in our physique.

We don’t have to struggle to get up and work on our side hustle, meditate and exercise. We just hop out of bed. Before long, we bounce up without the alarm clock.

When the waiter brings our dinner, we automatically separate half to take home and have for lunch the next day.

Direct deposit puts money in savings for us.

Habits Reduce the Need for Willpower

Habits make actions automatic. We don’t have to convince or remind ourselves of what we intend to do. When the act is a habit, we just do it because it’s what we do.

We do these things that are good for us automatically. Then they start to compound and start virtuous circle.

When you’ve been eating junk food for a few months, the Universe notices and decides to give you a little push.

What makes habits horrible is that they’re tricky. One bag of chips doesn’t wreck our health, so we have another.

Then they’re so crunchy…

And we have another.

No one can eat just one.

Then we have a habit.

Similarly, one bunch of kale doesn’t immediately cure all your ills. It’s kinda bitter and doesn’t give us sugar rush or anything. So it’s difficult to have more kale. Then some more.

It’s kinda awkward, so we’re not as likely to try it again.

But if  you repeat sessions of mediation until it becomes a habit, regaining calm in stressful situations becomes easier and easier.

We can mindlessly hit the snooze button. It’s what our bodies automatically do every morning. We don’t have to think about it.

We do those things we wish we didn’t do automatically. The actions become natural, build momentum and make it harder and harder for us to do what we intend to do.

We automatically—mindlessly—do these things that are bad for us. It happens gradually.  Then they start to compound and start vicious circles.

Bad habits don’t just force us to use our willpower. 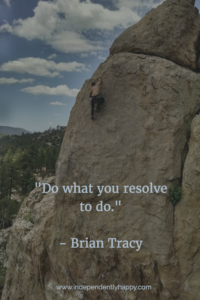 The habit gets nature’s attention, and she lends a hand.

Or, the habit gets the universe’s attention, and it lends a hand.

←Escape Into the Moment, Not from It
Virtuous Circles (and Maybe Vicious Ones) →