Need something fun for your party on Halloween night? Or to distract the kids for a few minutes. These Halloween trivia questions will raise your spirits! 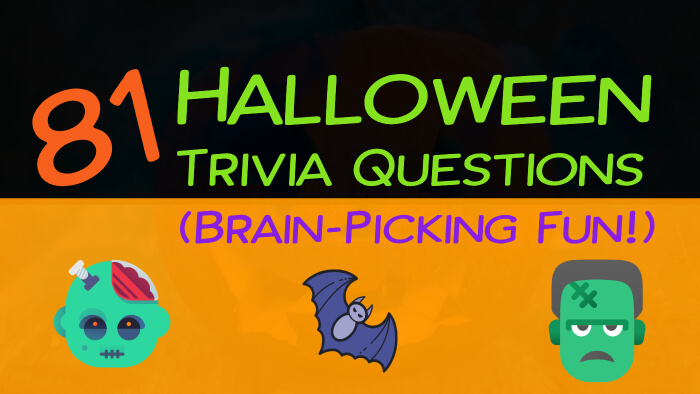 Costume parties are a great Halloween tradition. Another great way to add fun to your party is to host Halloween Trivia Night?

The Origin of Halloween

Like most fun and cool things, Halloween’s roots originate from Celtic culture. Halloween began as the Celtic festival called Samhain. So that’s where the horror punk band got their name.

The early Celts celebrated Samhain from October 31st to November 1st. Since that was the halfway point between autumn equinox and winter solstice, it was the time when days grew darker. The Celts believed that the veil between the living and the dead was thinnest that night and that it was easier to pass between the two states.[1]

Wait. That should have been a trivia question! Enjoy the trivia.

Just in case you invite some kids to your party, here are some easy Halloween trivia questions.

What Catholic holiday is associated with Halloween?

All Saints Day on November 1.

Who does this character mistake for the Great Pumpkin?

What is the name of the Romanian region where Dracula’s castle is located?

The Legend of Sleepy Hollow.

What do witches ride on?

What 2 colors are associated with Halloween?

What animal is bad luck if it crosses your path?

What is a male witch called?

In what country did Halloween originate?

Whether it’s horror movies or comedies, we all love Halloween movies. And, of course, we tend to associate all scary movies with Halloween. Since many people enjoy movie trivia, these Halloween movie trivia questions should be a hit at your festive gathering.

In the Disney movie Hocus Pocus, what song do the Sanderson Sisters perform at the Halloween party?

I Put a Spell On You, a song written by Jay Hawkins.

Why not enjoy it right now?


You’ll love getting these happiness quotes every Monday!

In the movie Mean Girls, what costume does Lindsay Lohan’s character (Cady) wear to the Halloween party?

The Bride of Frankenstein.

Who is the creepy housekeeper in the 1940 Alfred Hitchcock movie Rebecca?

You can ask this same question about the Daphne du Maurier novel. The movie was also remade for Netflix in 2020.

Which witch does Dorothy accidentally kill at the beginning of The Wizard of Oz?

The Wicked Witch of the East.

Who plays the shopkeeper where Bill buys the bike in It Chapter 2?

What was the name of the last Nightmare on Elm Street movie in which Robert Englund portrayed Freddy Krueger?

What kind of mask does Jason wear in Friday the 13th?

Who was the first actor to play Frankenstein’s monster in the movies?

What does the spell to emit light from their wands in Harry Potter?

What does a person see that turns them into a werewolf?

What cute creature can you not feed after midnight or get wet?

Mogwai. You can accept gremlins to make the trivia easier or for partial credit in a tie-breaker.

In The Texas Chainsaw Massacre, what is the name of Leatherface’s family?

What is the main character’s name in the Tim Burton film The Nightmare Before Christmas?

What was the first horror movie to get an Academy Award nomination?

The Exorcist. It received ten nominations.

What kind of mask was modified to use as the one Michael Myers wears in the first two Halloween movies? 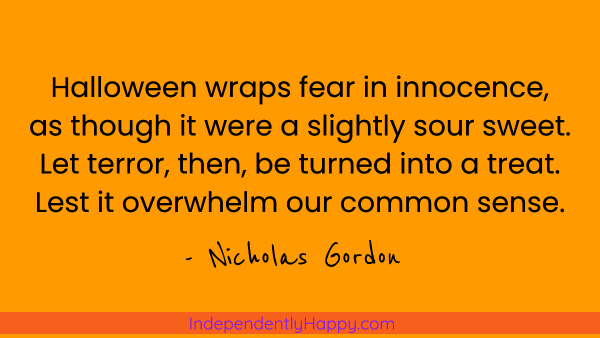 What does the raven seem to say in the famous Edgar Allen Poe poem?

Who is the creepy housekeeper in the Daphne du Maurier novel Rebecca?

No relation to the Avenger Carol Danvers, a.k.a, Captain Marvel.

You could also ask this question as “the 1940 Alfred Hitchcock movie” or “the 2020 Ben Wheatley Netflix original.”

What is the rock band’s name that performed at the Yule Ball in Harry Potter and the Goblet of Fire?

What novel outsold Bram Stoker’s Dracula the year it was published?

The Beetle by Richard Marsh [3]

What does the name Dracula mean?

Son of the Dragon.

What was Bram Stoker originally going to call Count Dracula?

Count Wampyr. Incidentally, there is no evidence that Bram Stoker was inspired by Vlad Dracul, Vlad Tepes, or Vlad the Impaler. [4]

While we’re on the subject, though.

What was the first Gothic Novel?

The Castle of Otranto by Horace Walpole, published in 1764.[5]

In Roald Dahl’s The Witches, what does The Grand High Witch turn into?

What is the complete title of Mary Shelley’s Frankenstein?

Frankenstein; or, The Modern Prometheus.

How old was Mary Shelley when she wrote Frankenstein?

What was Dr. Frankenstein’s first name?

What sacred bird did the mariner kill in The Rime of the Ancient Mariner?

How does Hogwarts celebrate Halloween?

Who is the female protagonist in The Phantom of the Opera?

Christine Daaé. (I’d say that Christine is fine for an answer.)

What horror and mystery novelist wrote the original book The Haunting of Hill House?

What’s the name of the killer dog in the Stephen King book?

Who is the goddess of witches in Greek mythology?

Who is the supernatural villain that Ichabod Crane is investigating?

Be sure to include these interesting and fun facts in the trivia contest at your next Halloween party! The first two trivia questions will be great at raising awareness for two very worthy endeavors.

When will the next full moon on Halloween occur?

Side Note: My daughter and I make it a point every month to sit outside and enjoy the full moon.

What is a group of witches called?

What is the fear of Halloween called?

What is the fear of fear called?

What is the fear of long words called?

Whoever answers that correctly wins Halloween!

What does a blue pumpkin mean when trick-or-treating?

In the U.S., a blue pumpkin bucket might mean that the trick-or-treater has Autism.[6]  This relatively new practice is worth spreading awareness about. Keep this in mind if you see any blue pumpkins this year.

What does a teal pumpkin mean when trick-or-treating?

A teal pumpkin signifies that you are offering treats suitable for people with allergies. According to the article, placing a teal pumpkin in your yard announces that you offer non-food treats to trick-or-treaters. [7]

What can you sprinkle at windows and doorways to spurn evil spirits?

What did they originally use as materials to make these costumes?

Disgusting much? And I thought those hard plastic masks with the stretchy string from the 70s were awful.

Where do real vampire bats live?

What item is banned in California on Halloween?

What creature might you be if you have a long middle finger?

What is the traditional name of a broom made from tying twigs around a stick?

How many people were hung during the Salem witch trials?

What is the meaning of the word hallowe’en?

It’s a contraction of All Hallows’ evening. [8]

Whether you want to test each other’s Halloween knowledge or take a drink when you get a wrong answer, these questions will be fun!

Q: How should a person wear a costume on Halloween?

A: To deceive evil spirits.

A tradition that began hundreds of years ago, people wore masks when they left their homes. They wore masks and scary costumes, hoping that real ghosts would think the people were also ghosts. Legend has it that this practice began the custom of wearing Halloween costumes on our favorite night of the year.

What fruit do party-goers “bob” for at parties?

Where did this “Bobbing” tradition originate?

It was a festival activity from ancient Rome.

Which goddess is honored by this traditional Halloween game?

(Hint: The “bobbing…” game mentioned in the previous question.)

Bobbing for apples was part of a Roman harvest festival honoring Pomona, the goddess of fruit trees.

Who sang on the original recording of the song Monster Mash?

What animal did the Puritans associate with witchcraft, resulting in the animal being associated with bad luck?

What did a Scottish Women do to see images of her future husband on Halloween?

Hang wet sheets in front of a fire.

What will happen if a person wears their clothes inside out and walks backward?

They’ll see a witch at midnight.

What type of demon robs graveyards and feeds on humans?

6 Questions About the History of Halloween

Where does the name Halloween come from?

It started as All Hallow’s Eve, meaning the day before All Hallow’s day, or All Saints Day, which was a Scottish Christian holiday on November 1st. [8]

For the celebration of Samhain, people would put treats or food out to pacify evil spirits.

The Irish mythological character Stingy Jack tricked the devil for money. (Was Jack’s diabolical gambit achieved with a fiddle? Only Charlie Daniels knows.)

As a result, neither Heaven nor Hell welcomed Stingy Jack, so he was left to eternally roam the earth. The Irish people carved demonic faces into turnips to scare Jack away.

In what continent are pumpkins native?

Since pumpkins were more available in the region, Irish immigrants in America used pumpkins instead of turnips to carve their jack o’lanterns.

On what day does All Souls Day fall?

What famous magician died on Halloween?`

What was the most popular Halloween costume for adults in 2015?

What was the most popular Halloween costume for 2020?

Here are the top 10 according to Google Frightgiest. [9]

In which state is it illegal to dress up as a priest or nun for Halloween?

How many people dress up for Halloween?

How many people dress up their pets in costumes for Halloween? (A number or a percentage will do.)

What is the most popular Halloween candy in the United States?

What is the second most popular Halloween candy?

From base to point, what is the order of colors on a piece of candy corn?

What were the first fun-sized candy bars?

What was the original name for candy corn?

What was the profession of the person who invented cotton candy?

He was a dentist.

What is your favorite morsel of Halloween trivia?

Please let me know your favorites. I’ll add them to the list and give you a shoutout on the page!

Do You Love Halloween?

If you need a great idea (or 300) for Halloween party invitations, social media posts, or funny texts, then you’ll howl at these 331 funny Halloween sayings.

Do You Love Trivia?

Looking for something better than football and politics to serve with your feast? Delight your guests with these Thanksgiving trivia questions!

Want to enjoy engaging fun for the whole family? Test your knowledge with these 99 Christmas trivia questions (and answers) for kids of ALL ages!

Want an entertaining and easy game for your holiday gathering? These 101 Christmas movie trivia questions will boost your guests’ Christmas spirit!

This is part of my series to help you enjoy the holidays more! Check out How to Have the Perfect Holidays in 2021.

Halloween is a great time to enjoy these funny death puns and jokes.

Speaking of fun and Halloween, check out these 7 ways to make fear fun! 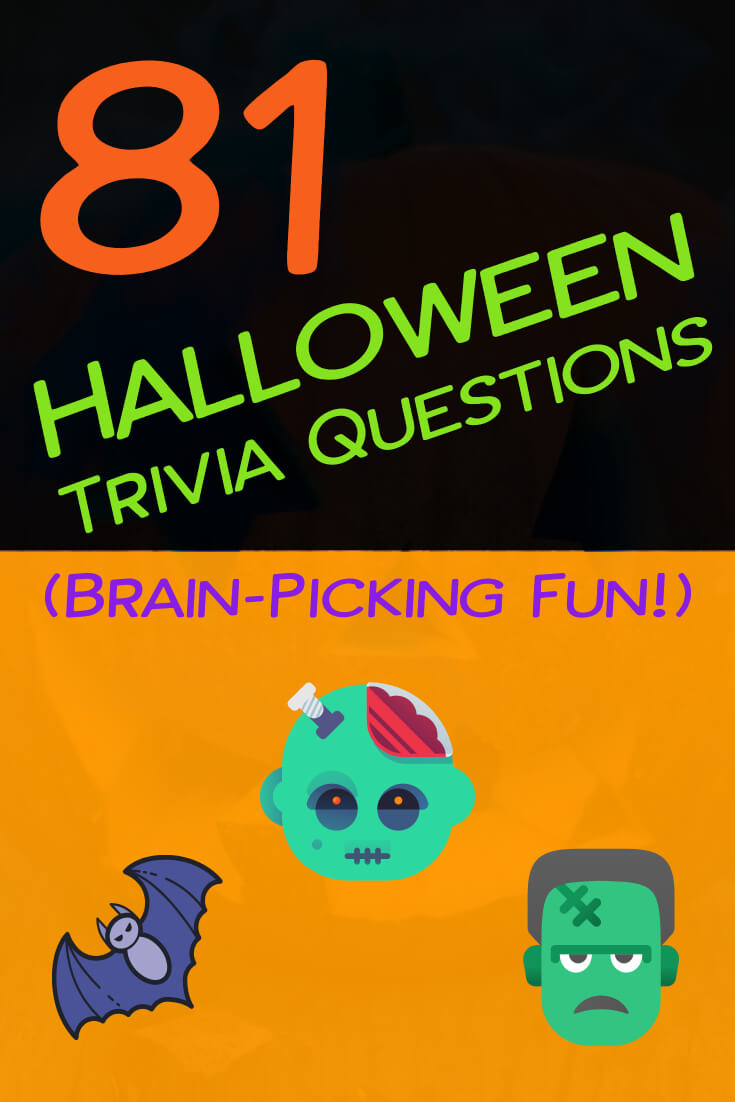