Is the J.D. Salinger quote inspirational or a warning? This post discusses the “I am a kind of paranoiac in reverse” meaning and implications. 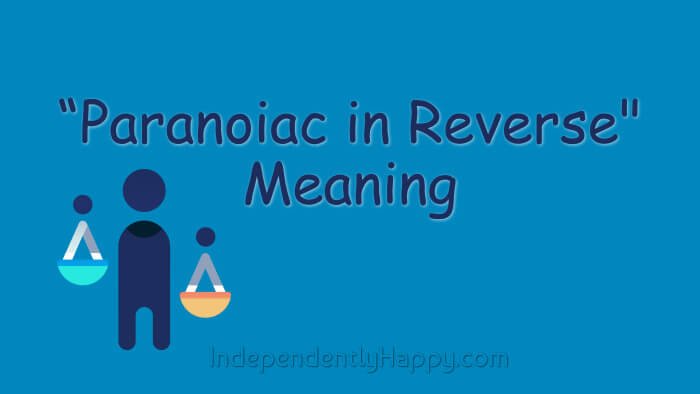 I initially found J.D. Salinger’s quote humorous. Then I thought it might be somewhat misleading, if not tragic. I eventually returned to thinking it was funny. How does a quote take one on such a rollercoaster ride, especially when one is me?

The quote in question is from Raise High the Roof Beam, Carpenters, and Seymour: An Introduction:

“I am a kind of paranoiac in reverse. I suspect people of plotting to make me happy.”

Why I Initially Thought a Paranoiac in Reverse Was Great

Initially, I thought this concept was great. After all…

Not only is thinking everyone is out to get you unpleasant, but it will also throw your expectations out of whack.

Everyone is out to get me? What makes me so great (or bad) that everyone is concerned about me? That’s narcissism.

For those of you suffering from paranoia, I’m not judging. I’m encouraging.

I used to be paranoid, but rather than thinking everyone was out to get me, I believed that nobody cared about me and God wanted me to be unhappy. How narcissistic is that?

It was some weird Kierkegaardian/Job complex. (Job from the Bible, not job like those horrible things where one has to waste time being bored and humiliated in exchange for money.)

Finally, one night after talking to a friend, she convinced me how absurd my belief was. Before talking to her, it didn’t occur to me to use the words paranoid and narcissistic to describe my outlook.

It took me a little longer than four beers to convince me that my paranoia was unfounded, but I grew to believe it. It was all because I opened up to a friend, and she cared enough to level with me. So I’ve got no room to judge if you suffer from paranoia.

The fact that nobody should judge you doesn’t mean paranoia is okay.

Open up to somebody. Get some help.

Then I Decided Pronoia Was Also Bad

I wanted to dig into J.D.’s line so I could critique other people’s theories. Also, to broaden my mind a little. I found this article:

That article taught me the word pronoia, which seemed nice at first. Everyone is out to help you rather than out to get you! It’s positive. It’s optimistic.

As good as pronoia seemed at first, it is also narcissistic. Pronoia will also give you unrealistic expectations. If you think everyone is conspiring to make you happy or successful, then your expectations will unrealistically be that you’ll always be happy and prosperous. How often does life turn out that way?

Expectations, Reality, and The Happiness Equation

There are a couple of variations on a happiness equation. I’ve seen it as

It shows how when our expectations exceed our reality, the result is reduced happiness or increased unhappiness.

Then comes the balancing act of setting expectations high enough to encourage working on improvement but not high enough to lead to frequent disappointment.

I’m talking to you, Law of Attraction!

Why I’m Back to Humorous

When I read Raise High the Roof Beam, Carpenters, and Seymour: An Introduction, I really didn’t get the line or how it fits into the story. The phrase didn’t seem to offer any philosophical or existential weight. It seemed more of a passing thought, and I assumed it to be a humorous one.

While I think it’s okay to expect the best from people, it’s wise to temper that expectation with the realization that people won’t meet those expectations.

“I’m sick of not having the courage to be an absolute nobody.”
― J.D. Salinger, Franny and Zooey

“The fact is always obvious much too late, but the most singular difference between happiness and joy is that happiness is a solid and joy a liquid.”
― J.D. Salinger, Nine Stories

“The world is full of actors pretending to be human.”
― J.D. Salinger

Question: Do you feel more Paranoia or a Pronoia? 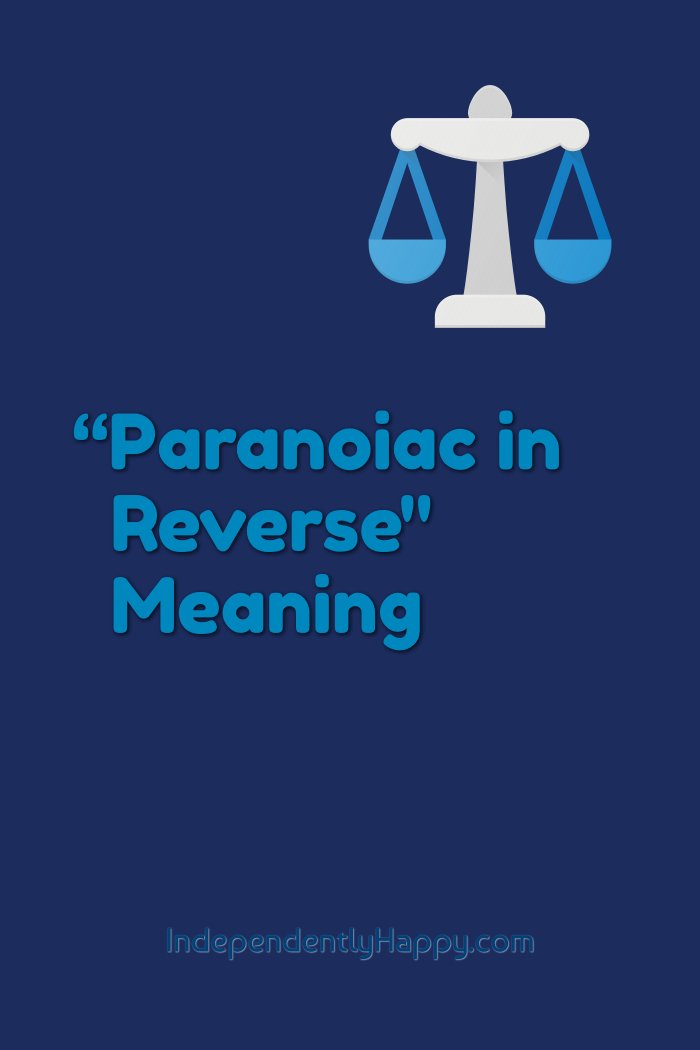