Time is too precious to waste it waffling over decisions. Use the Regret-O-Meter to avoid regret and get right to the fun part, the action.

After last week’s scary post about how horrible regret is in Regret is a Void, I thought I should offer a trick on avoiding regret. Time is too precious to waste it waffling over decisions. Use the Regret-O-Meter to avoid regret and get right to the fun part, the action.

Okay, that picture isn’t the actual Regret-O-Meter. I just thought it was a really cool image and all the needles are pointing to the less regrety (word!) side.

But what is it, you ask? I’m glad you asked.

The Regret-O-Meter is a tool to help us make decisions. When you face a tough decision and can’t decide which option to choose, think forwards to the two possible futures. Yes, futures with an “s” at the end. Think forward to the likely results of each choices. Decide which option you will likely regret less and pick that one.

Why not call it the Happiness-O-Meter? Or the less-awkward-to-pronounce Joy-O-Meter? Because that’s kinda easy. Although this idea isn’t very always-look-at-the-bright-side, I think it’s realer. More real.

It is often easy to see the upside, but every decision also has unintended consequences.

We definitely, absolutely must ask “what if…” and consider the possibilities and work towards the better of the two results. When that’s not obvious though, reach into your bag of tricks and dust off the Regret-O-Meter.

We know we want to avoid regret and that Optimism Is Not Enough. Sometimes, we have to walk that line between avoiding regret and not dwelling on it. This is just a fun tool, a way to avoid over-thinking. A way to not take happiness to seriously.

Look Where you want to go

Don’t look where you don’t want to go.  It’s even a double-negative to say it.  It’s awkward enough saying it, so don’t do it. 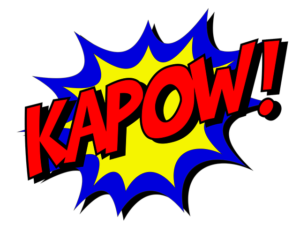 Okay, that’s five steps, but I may have repeated one.

Have you ever used a similar method? Do you think the Regret-O-Meter is madness?

How do you make tough decisions?

2 thoughts on “Avoid Regret With The Regret-O-Meter”