Ben Franklin’s famous phrase about time is wrong! Money wishes it was time. Here 5 reasons why time is better than money. 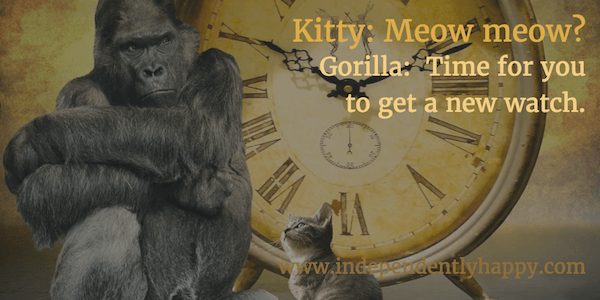 Reasons That Money is Better Than Time

You Can Make More Money

When money is gone, you can make more. Also, when we spend money, it isn’t really gone. You just give it to someone else. Now that person can use it.

When we spend time, it is gone. It is the past. It is a memory. In a way, the only way to save time is to collect memories. That time you spend chatting with a friend can either be a good memory of treasured time with a friend, or it can be time that you wasted by not making money.

And Time flies so fast,

Do that thing you want to do now.

The Stoics have a concept called Memento Mori. It is the concept of keeping in mind the fact that you could die at any time. Memento Mori reminds us to treat each moment reverently because we never know which moments will be our last.

Keep this in mind when considering how to spend your time.

Money just wishes it was time. Money is jealous because it’s not rare.

“Money just wishes it was time.”

Money Has Its Benefits, But it’s Not as Good as Time

Most of the stuff we trade our money for will be gone. We’ll eat it, drink it, break it, or just get tired of it and throw it away or donate it.

Treat both time and money with care. You can use the money to buy experiences, the memories of which will last forever. Later, you can invest more time into quality time with the person with whom you lived the experience, and you can relive it. We call that time well spent.

[special] Side note: this article started out being called Time is Money is B.S. I’ve since decided to tame my blog a tad. Also, Ben Franklin. [/special]

Money is Just a Carrot

Employers think the biggest carrot they have to offer is more money. I was giving two weeks’ notice for a job several years ago. As I told the manager, I wanted to work from home, and I didn’t like the mandatory 60-hour workweeks.

That sounds like a big number, but she wanted 20 hours more from me every week for that 10 grand. That works out to $10 per hour.

“I can make that mowing my neighbors’ lawns and get exercise and sunshine. I don’t want more money. I want more time.”

She just stood up and walked away.

See how much power time has? She thought she held the cards because she had the money.

See how little power she had? 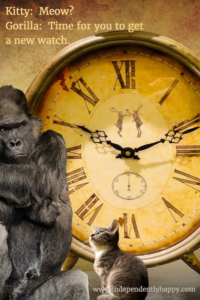 Money is just a way to buy more options of ways to spend our time.

If we learn to spend time wisely with fewer options, we make our time more valuable. For example, we can spend time with our families and friends in our dining room. We don’t have to all go to Fiji. More money makes Fiji an option, but time with loved ones is precious no matter where it is.

Some argue about the unfairness of the distribution of wealth in this world. I’m not going to try to sway you either way. You think what you think because of your experiences and temperament.

We can probably agree, though, that some people have more money than others.

What is certain, though, is that everyone has time. It may not seem like it. It often doesn’t seem like I have enough time to help clients, write new content, update old content, market both, and take care of all the non-work stuff.

I have the same 24 hours each day that you do, though. We both have 7 days each week. Although, I do have an idea for 10-day weeks! Let me know if you’d like to hear those. How much we have is determined by what we do with it.

Time is Better Than Money

Where can you spend time more preciously?

How could you better spend your time?

6 thoughts on “Time is Better Than Money”