Have you ever wanted to try something but were too hesitant to put yourself out there and now regret it? The fear of trying new things robs us of the opportunity to live fully. There is so much to see and experience in life. What if you try new things?

The simple matter is that I’ve always simply tried something new. After 20 years of just trying new things, you get a list like this:

Most of those on their own would be a great big ‘Meh.’ When you put them all in one place like that, though, it looks pretty impressive! You tell me. Does it look impressive? You know what? It feels great!

Want all my October blog posts as a PDF ebook? Download it!

I Didn’t Have to Do Any of Of Those Things

Nobody made me do any of those things. Those are all things somebody suggested I try.

A friend said, “You should come hiking with us. It’s awesome.”

The same friend said, “You should get a bike. It’s awesome.”

Somebody asked, and I gave each one a try. I didn’t want to try some of them. I wasn’t really interested in long-distance biking at first. A 20-mile ride was so fun that I attempted a 30-mile ride. Then I worked my way up.

Except for hockey. I played hockey pretty much uninvited. Taekwondo, also. My whole life, I dreamed of being a blackbelt in karate. When a friend who took Taekwondo said we should sign our kid up, and maybe I should sign up too, I jumped at the chance.

(That’s not my bike. I just love the picture.)

I waffled on each invitation because I had several reasons not to do any of them. They took time and money. Some of them took lots of training. Some required going a long time without a day off from the day job.

“Life is trying things to see if they work.”

Until I Just Tried

When my friend Doug asked me to try the Atkins diet with him to slim down for his wedding, I couldn’t think of a single reason why I wanted to do that.

I had no desire to go on a diet and or get in shape or lose weight. Still, I tried the diet with my friend. I supported him, and he supported me. We were both really strict on our eating programs. He lost the weight he wanted, and I returned from being in the worst shape of my life.


So upfront (ish, I want to say that you don’t have to do anything I suggest. All these things I write are just ideas I come up with for ways to increase life’s variety because the thing about adventure is that you get used to trying new things.

I strongly encourage you to try too.

I want you to try to try too.

Whether it’s something here, from my attempts to escape the less-than-awesome-for-me, or just some wild idea your buddy or your wife has. As long as it’s legal and doesn’t hurt anybody. Yeah, I’ve had a few friends like that.

Until I Tried Not to Try New Things

For some reason, a few years ago, we got cheap. We went a few years without trying anything new. We were just working, paying off debt, and saving money because we had a lot of medical bills.

Our happiness waned. Not all at once, but life grew a little bland without ever adding any spice.

Do we regret that time of not trying new things? No. We had accumulated a lot of debt, trying maybe too many new things. We took that time to pay off the debt and medical bills.

I guess you could say we tried living debt-free. Then we tried a little debt again.

Nobody ever asked me, “what if you try new things?” and now I ask myself, 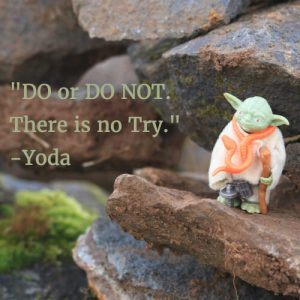 Yoda was training a Jedi Knight. You and I aren’t training to be Jedi Knights. But don’t be surprised when I write something about a Happiness Jedi.

If you’re in Jedi training, then don’t try. Do.

If you’ve got a job to do, don’t say you are going to try and half-ass the job. Do the job.

If you have an opportunity to experience a new experience, go ahead and try.

Download the free eBook version of my October posts about fear!

What if You Hadn’t Tried?

I can’t think of a single thing I regret trying. Not even the things I failed or didn’t finish. I don’t even regret starting the trucking company and ISP during the 90s. Those were disasters, and I failed miserably. There are things that I regret not trying, though. (Just had a thought! The Regret-O-Meter )

Don’t feel pressured to try any of these suggestions, but feel free to ask yourself, “What if I try?”

It will save you from having to say, “What if I had tried.”

Not every new thing to try out there is expensive. Live music and new cuisines can be as inexpensive as any other evening.

Is there anything you are thinking of trying but just haven’t for one reason or another? Let us know in the comments. Let’s encourage each other to give it a try.

Question: What is something that you want to do and might regret not trying? 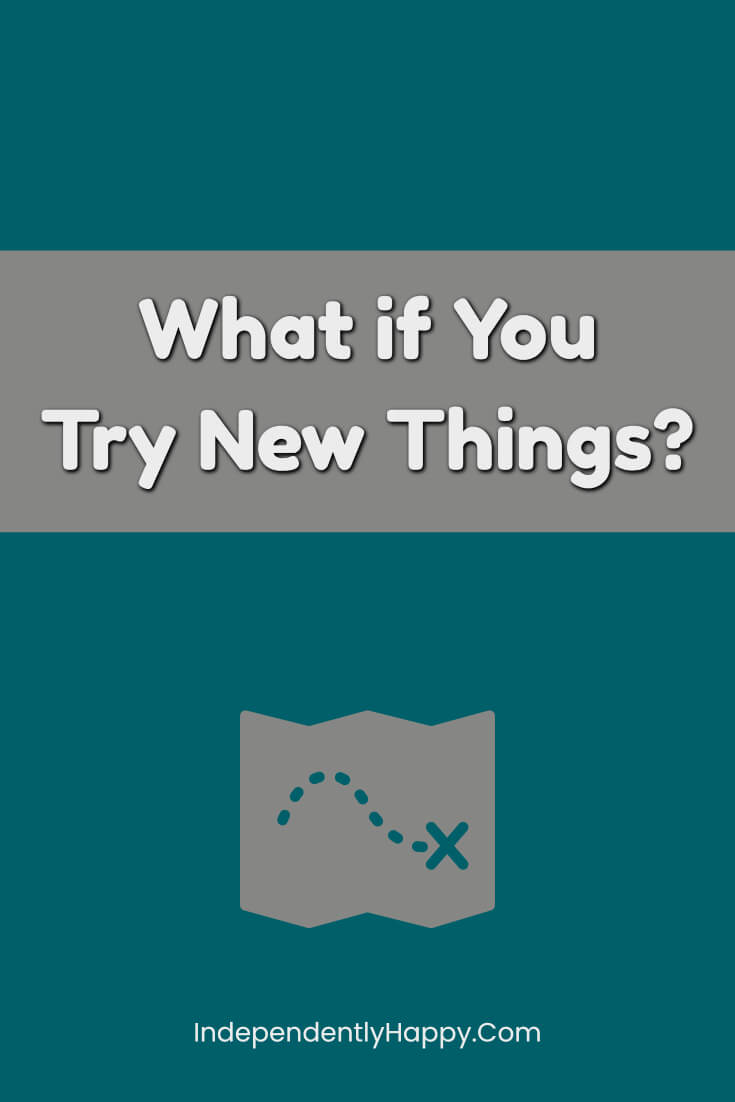