Wikipedia calls them “complex chains of events,” but I don’t think it has to be complex. We can learn how to use habits to create virtuous circles. 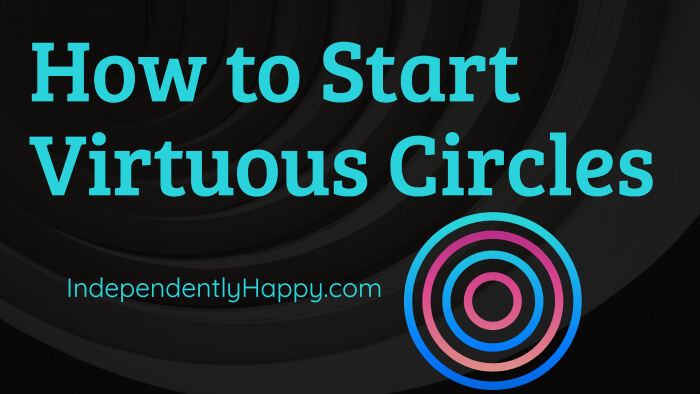 A Virtuous Circle is what you get when a good habit starts to really pay off when the habit starts to feed and encourage itself. Wikipedia calls them “complex chains of events,” but I don’t think it has to be complex.

There’s nothing complex about going for a walk. Glancing at your phone when it dings is pretty simple. We can use habits to create virtuous circles.

I’m very disappointed in you, internet. Virtuous Circles and Vicious Circles share a single page on Wikipedia[1], and vicious gets all the attention. Plus, the biggest example is the subprime mortgage crisis. [I hope nobody ever mentions that again!] The Oxford dictionary’s definition of a virtuous circle is “a recurring cycle of events, the result of each one being to increase the beneficial effect of the next.”[2]

Take writing. Give it back, please.

I used to worry that I would run out of ideas if I tried to write too much too early. I would write up all my ideas and then have nothing, but that’s not how the Force works. Never gets old.

Writing every day only gave me more ideas. Writing on those ideas led to more ideas. I currently don’t have enough time to write about all my ideas. I simply keep adding more ideas to my blog idea list, creating a doc, adding some notes, and picking the next brilliant thought on which to wax philosophic.

Think you don’t have enough energy to exercise? Ha!

Try this. Bust out 20 minutes of exercise every day for the next couple of weeks.

Your body may hate you at first! In a few weeks, though, you’ll have extra energy to burn! Of course, you’ll need to burn that energy so that you can sleep! Did I mention that you’ll sleep better too? 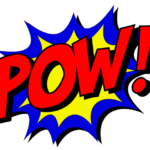 Like the train I mentioned in The Compound Effect, it will take some time to build that momentum. However,…

You can quote me on that. Or is this one better?

Habits get the Universe’s attention. 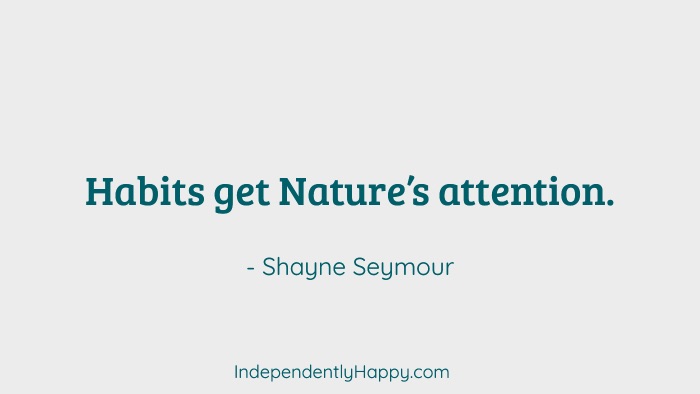 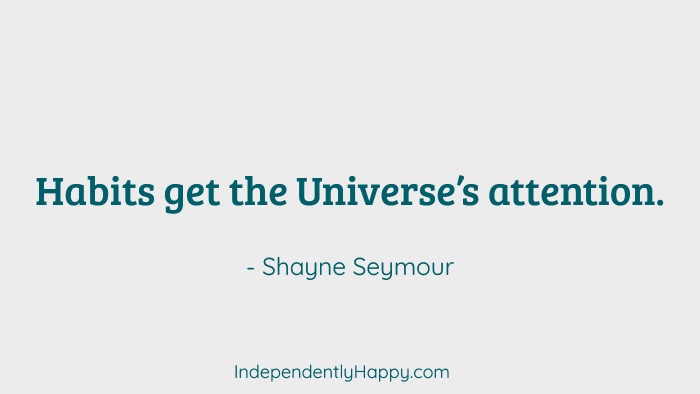 Thank you for sharing! I’m going to title a future blog post based on which one everyone likes best.

A New Habit is Never Easy at First

You may have to find or manufacture the energy at first. It might even make you tired, tired enough to sleep well that night.

Whether it’s running, eating well, Taekwondo classes, reading, writing, or playing the cello, starting is hard. It’s awkward and painful. Yes, those cello strings really dig into your fingers until you build up calluses.

To start the Virtuous Circle rolling, you do have to start. Sometimes starting is the hardest part. Rhyme! See How to Do What You Don’t Want to Do. The habit won’t start paying off until after it’s a habit.

The subprime mortgage crisis wasn’t built in a day. Neither was Hugh Jackman’s Wolverine face. And by “Wolverine face,” I mean biceps. They both took several years to develop. They started before Bush and before X-Men. I just realized X-Men came out just a few months before Bush was elected. Coincidence?

Focus on consistency instead of your results. The results will fall short of your expectations, especially in the short term. That will make you want to quit.

Look at the bright side, though. Not every habit will take years, like a financial collapse or—I’ll stop man-crushing on Hugh Jackman now. With running or eating well, you should notice the effects after six to twelve months. It took me about nine months of running and about 6 weeks of clean eating. Now, I need to get back to both.

What do you think of Virtuous Circles? Have you ever started one?

What Virtuous (or Vicious) Circle have you experienced?

2 thoughts on “How to Start Virtuous Circles”